Recently, I was studying forgiveness in a spiritual development program I am enrolled in and this story was shared. Park rangers in Africa have devised an incredibly unique way of catching monkeys. Tagging and administering medicine to monkeys are routine tasks of rangers. In an effort not to harm the monkeys with guns and darts as they capture them, the rangers have come up with something they call "the banana method."  It’s simple but effective trick. You take a fairly large and heavy Plexiglas box and drill a small hole in the side of it, a hole just big enough for the monkey to squeeze its hand through. Inside the box you place a banana. Inevitably, the monkey will see the banana through the Plexiglas and come down from the tree to get it. By straightening out its fingers, the monkey can easily get its hand in and grab hold of the banana, but once the monkey makes a fist with the banana in it, there is no way for it to pull its hand back out. It's stuck, that is as long as it refuses to let go of the banana. And for some reason having to do with complex issues of adaptation and instinct, monkeys - virtually every single one of them - have a terrible time letting go.

Freedom is right there for the taking if only they let loose their grip. But, you see, they don't. A part of them holds on for dear life. A part of them remains stuck. And it's important to remember that it's not their whole being stuck in the cage, only their fist, only one small part of them. But that one small part, because it is unable to let go, becomes a great weight to the monkey, holding its entire life hostage.


So, you are probably thinking…what has the monkeys not letting go of the banana got to do with forgiveness? They are just monkeys who do not know any better! Well, I probably would not make an association between these monkeys and forgiveness either before thinking seriously about forgiveness.  I had not really thought too much about forgiveness since I tend to be one of those individuals who may think about a transgression for a little while but then I let it go. As a matter of fact, I think of forgiveness as a decision to let go of resentment and thoughts of revenge and that is exactly what I do…make the decision to forgive. It does not mean that I will forget or that I do not believe that individuals should not be held responsible for the cruelties, abuse, and injustices they have inflicted on others. No…I do believe in justice! However, there are many individuals who are walking around in significant pain and anguish because they are still holding on to something that someone did to them. This “something” could be minor like someone taking a parking space even though you were there first and had your blinker on…or… your boss embarrassing in front of your peers. Or, it can be much more traumatic like someone hurting or even murdering a loved one…or even a whole community. The list can go on and on and unfortunately, one “unforgiveness” can pile onto another to the point where you become stuck in your own victimhood...stuck like the monkey. The question is…how long are you willing to stay stuck?
Research findings suggest that failure to forgive may, over a lifetime, boost a person's risk for heart disease, mental illness and other ills -- and, conversely, that forgiving others may improve health.  So, are you like the monkey who cannot let go of the banana and as a result, is stuck and even wallowing in the role of victim? Or, have you made the decision to let go and get your life back? Think about it! Remember, all who wander are not lost!
Posted by QuoVadis Coaching and Consulting at 1:11 PM 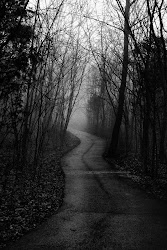